// Blog | Multimillion-dollar investment in the military defense of...

Multimillion-dollar investment in the military defense of Brazil. 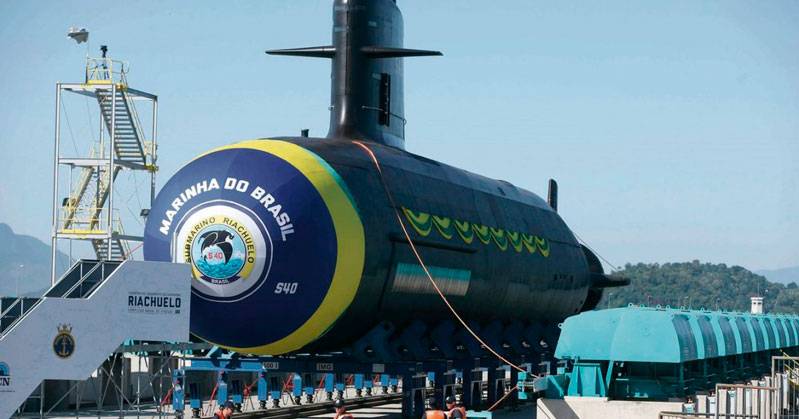 Brazil is going through an important stage of transition in its history as the new far-right Brazilian government has just taken the power in January 2019 and one of its objectives is to channel the revenues from oil and gas for a new multimillion-dollar investment in defense. Mainly it has been spoken in a program of corvettes and submarines for which several foreign companies have turned to look at this great business opportunity and one of them is the French naval group that considers Brazil as the center of its regional business in submarines.

This policy is not new since it has been directing 2 percent of the royalties of the drilling to the army, but the previous governments never applied it completely and apparently this new government intends to execute it at 100 percent.

It is speculated that the incoming Brazilian government commanded by Jair Bolsonaro will continue to implement this policy and start with the Tamandaré program consisting of four ships and an eight-year initial maintenance package. The tasks of these vessels involve taking care of the waters rich in natural resources along its coast and what the outgoing president or ex-president Michael Temer said that there is no need to feel threat or disturbance about this construction since the purpose is only protect the entire Brazilian coast and maintain the sovereignty and marine riches.

European suppliers are already in competition to secure this great project, some of them are Naval Group and ThyssenKrupp Marine Systems of Germany, Damen of Holland and Fincantieri of Italy. These suppliers not only have their sights set on Brazil, since they already have as their target Poland, where it is proposed to develop a submarine center for regional armies in a similar way.

Currently in Brazil a new boat called Riachuelo is in production, which is 80 percent of its manufacture.

It is intended that by mid-2020 the Brazilian government build what some call " the ultimate ambition", which consists of a program of submarines of nuclear propulsion, where it is also said that the design for the first submarine is already underway.

As already speculated, the new Brazilian government intends to prioritize the security of its territory, something that for some companies have already seen as an advantage for its market and where Brazil is absolutely critical among the European players present to participate.